In natural emergencies, sometimes it’s what you didn’t think about beforehand that you miss the most.

For municipalities in Chester County, that can mean the loss of power to essential systems like traffic signals at busy intersections. Significant safety concerns can arise when there are no red or free lights to direct traffic.

County officials recently announced they were making almost 200 electric generators available for specific municipalities to use in the event of a major power outage. The announcement comes during a time when the county Department of Emergency Services is promoting National Preparedness Month.

Purchased through an Urban Area Security Initiative grant secured by the county’s Department of Emergency Services, the generators will be used by 37 municipalities in the county that have heavily traveled routes and busy intersections regulated by traffic lights.

According to a press release, county commissioners’ Chairman Ryan Costello said, “Last winter’s ice and snow storms affected transportation throughout the county like no other in recent history. Even once the routes were cleared of trees and other debris, the lack of electricity meant that travel remained extremely dangerous, especially at busy intersections.”

His colleague, commissioners’ Vice Chairwoman Kathi Cozzone added that the effort was meant to supplement what some municipalities had and others lacked. “As it isn’t possible for many of the municipalities to purchase supplemental equipment that is only used in severe weather circumstances, we are pleased to assist them — and their residents — with these generators.”

Lastly, Commissioner Terence Farrell noted that because of the grant, municipalities will have generators available within their infrastructure stockpile to assist with the powering of traffic lights during a power outage.

“This reduces the amount of manpower that would be needed at busy intersections, freeing up valuable first responder services for other emergency needs,” he said in the release.

The generators were assigned when municipalities were asked to demonstrate the most pressing need for additional generators to be used solely for traffic lights.

DES Deputy Dirsctor Robert Kagel said that the department reviewed a list of the county’s major intersections, and prioritized the distribution of the generators based on daily traffic volume.

“We were pleased to find that the funds supplied by the UASI grant were sufficient to cover all 188 generators that were requested by municipalities,” he said.

Originally posted on The Mercury News.

The recent earthquake in Napa Country, California, triggered powersurges that caused much damage to IT equipment in homes and small businesses, according to a report at Computerworld. The report noted how surge protectors have apparently been overwhelmed, resulting in connected equipment such as PCs and appliances being damaged.
On the other hand, anecdotal reports told a story of how equipment that is connected to a UPS, or uninterruptible power supply, survived unscathed--save for physical damage from the earthquake itself.  Apparently, the issue revolves around the fact that ordinary surge protectors do not necessarily have the ability to protect PCs from "power swells" or "sags." These are caused by severe earthquakes that physically damage power grid equipment. Swells and sags that originate from problems with the power grid could last hundreds of milliseconds, compared to those caused by lightning, which last only 50 to 100 microseconds, according to power experts.
"Surge protectors can suppress quick bursts of voltage, but have no internal energy source to continuously correct for comparatively slower line voltage transients," said Colin Campbell, vice president of APC.
Bottom-line: Make use of a UPS on important electrical equipment and computers, due to its ability to rapidly switch to an internal energy source if the line voltage crosses the acceptable threshold.

What to do when UPS sizing goes wrong 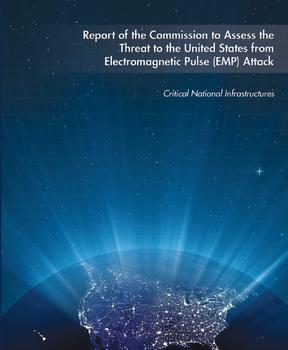 The Best UPS Solutions For Your Business Are Only Available From